While they're certainly not for everyone, Wolf Dogs, or Wolf Dog Hybrids, as they are often called, can make a wonderful choice in pets for those who are looking for a dog that's a bit exotic. Of course, the appearance and temperament of the dog will depend partly on the breed of dog the wolf is bred with, but in most cases larger domestic dog breeds make up the 'canisfamilians' side of the mix. In most cases, the Wolf dog hybrid mix is beautiful and exotic, considering that arctic or timber wolves are typically used in breeding.

Wolfdog has received a total of 277 Votes 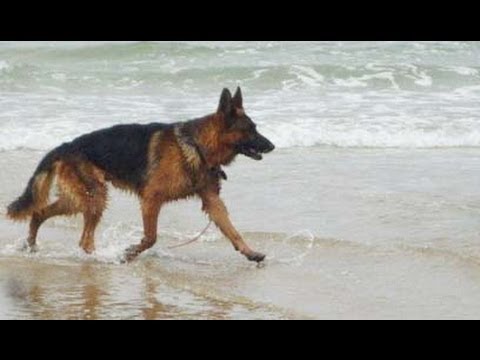 First recognized as a breed in 1899, German Shepherd dogs were originally bred as a working dog, meant to herd and guard sheep. Today, the German Shepherd is highly prized as a guard dog and as a valuable asset to police and military installations around the world. It has a keen sense of smell, making it a very good drug-detecting or bomb-sniffing dog. It is extremely loyal to its owner, and will attack fearlessly upon command. It's often used, for example, to hold suspects by police or to be trained for scout duty by the military. Once on task with something, it is not easily distracted.

German Shepherd Dog has received a total of 198 Votes

Labrador Retriever has received a total of 195 Votes

Are you someone who wants to be on the cutting edge of pet ownership? If so, the Blue Bay Shepherd may be perfect for you. This is a totally new breed, with the first puppies just born in 2011, and their characteristics are still not entirely determined. Nonetheless, this appears to be a breed that will be the delight of any family or individual that wants a devoted pet with a truly gorgeous appearance.

Blue Bay Shepherd has received a total of 160 Votes

Large Dogs with a gentle nature. Has a great reputation for their skill and proficiency as hunters and great family pets. Children-friendly, playful and affectionate. Life Span 10 - 13 years. The Golden Retriever , or Flat Coat Golden as they were first registered by The Kennel Club of England in 1903, are a breed of dog with a documented history that stems from Scottish royalty. Originally bred for hunting, the Golden Retriever has a great reputation for their skill and proficiency as hunters, family pets, and as magnificent looking dogs . The roots of this particular breed can be definitively traced back to Sir Dudley Marjoribanks who was also known as Lord Tweedmouth, for the specific goal of trying to create a breed of dog that would be skilled in the hunt for waterfowl, and worthy of an aristocrat. What transpired from Lord Tweedmouth’s meticulous breeding program is a unique dog that is not only intelligent, kind, loyal, and hard-working, but able to traverse difficult terrain in the pursuit of game.

Golden Retriever has received a total of 145 Votes 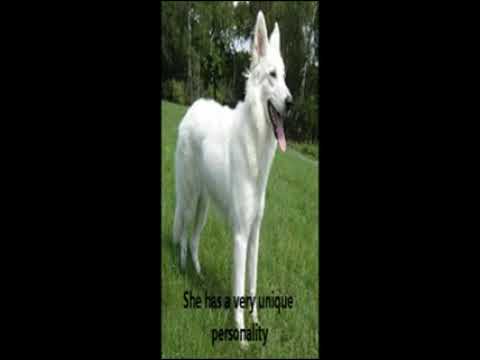 White German Shepherd dogs are exactly like their traditional German Shepherd breed "cousins" with the exception of their color, which is usually a pure white. The white coat actually comes from a recessive gene. It was placed in the gene pool for the breed in the late 19th and early 20th centuries in Germany, specifically for the breeding program that expanded and developed the breed originally. Horand von Grafath became the dog that provided the foundation for all German Shepherd dog bloodlines. His grandfather, Greif, was actually a white herding-type dog.

White German Shepherd has received a total of 143 Votes

Yorkshire terrier dogs are small dogs. As toy-sized dogs, they will only weigh about 3 to 7 pounds even at adulthood. Standing 6 to 7 inches tall, they exude a lot of energy in a very small package.

Yorkshire Terrier has received a total of 117 Votes

Is your idea of the perfect pet one that loves to sleep, eat, and entertain you with its humor? If so, the Pug is an ideal pet for families looking for a dog that is loving, affectionate, and thrives on living indoors. Endearing, with their protruding eyes and black masks, the Pug will be your constant shadow and companion!

Pug has received a total of 112 Votes

Tiny, with silky, flowing fur, the Havanese may look delicate, but it is not. Sturdy, curious, and extremely cheerful, the Havanese has a "springy" gait that's unique to the breed. Always busy, this little clown makes an excellent and affectionate family companion and friend to anyone. A member of the Bichon family, it's also the national dog of Cuba, developed from a breed which is now extinct, the Blanquito de la Habana, translated as the "little white dog of Havana."

Havanese has received a total of 105 Votes

Standard & Moyen Poodle: Ancient, Distinct, Water Retriever Breeds The Standard Poodle is the oldest of the Poodle breeds, with miniature and toy Poodles in the same designations. These dogs were originally bred in Germany to be water retrievers, (also called water fowl dogs), probably descendents of the French water dog which is now extinct. The Poodle has existed in Europe for at least 400 years, and is shown in depictions from the first century. Although not quite known where the Poodle first originated, both France and Germany claim to be its parent countries. However, the American Kennel Club recognizes only Germany as the official parent country.

Standard Poodle has received a total of 101 Votes

About The Most Popular Dogs

Although all dogs, whether pure-bred or mutts are lovable and adorable, many animal lovers are interested in only the most popular dog breeds. What is your favorite puppy? Everyone has their own preference. Many people love a more aggressive dog such as a German Shepherd, while others prefer a mild-tempered, smaller dog. No matter what type of dog you have or want, remember that the right one will make a perfect addition to your family and will be your top dog.

Pets4You.com customers and clients are encouraged to vote for their most popular dog. Anyone who buys a dog or puppy, please vote for your top dog. Please return periodically or bookmark this page to keep informed on the top dog. What dogs are the most popular dog breeds? What is your favorite dog breed?

Famous Dogs from Yesterday and Today
The ever-loyal canine, man's (or woman's) best friend, wouldn't be given its proper due without a discussion about its place in history. Dogs have been part of our lives for centuries, and while most dogs live in relative obscurity, some dogs have been quite famous, either because of their own deeds, or those of their owners. Learn more about the top dog breeds, the most popular dogs, Famous Dogs and top dog topics below:

A Famous Dog for His Service

Buddy Frank
Buddy's owner Morris Frank got into a fight when he was in school in 1916, and ultimately lost his sight. He wanted the same kind of independence he had had prior to losing his sight, and didn't like having to depend on people to get around. An article in the Saturday Evening Post, written by Dorothy Harrison Eustis, described how dogs were being trained at several German schools to guide the blind. Morris Frank contacted Eustis, wanting not only a dog for himself in order to regain his independence, but to establish a program whereby other people could also acquire guide dogs to guide them as needed. Morris Frank met Buddy, a female guide dog in Germany in 1928, and worked with her there before returning to the United States. Buddy is a very popular dog, and top dog to Mr. Frank. Buddy is officially considered the first Seeing Eye dog, and she and Morris Frank, along with Dorothy Eustis, established The Seeing Eye, an institution in Nashville that trains guide dogs and their owners.

We use cookies to make our website optimal for you and to continuously improve it. By continuing to use the site, you consent to the use of cookies.Got It!